Start a Wiki
Sonic Dash is a game title developed by Hardlight Studio and released by Sega on 7 March 2013. The title of the game was first mentioned on 26 February 2013, at company description in LinkedIn, which reveals the game being developed for iOS and Android, similarly to Hardlight's previous game, Sonic Jump. On 21 February Sega removed the title from the company's description.

Sonic Dash received positive to mixed reviews, praising the gameplay mechanics and beautiful graphics, but criticizing on the game's repetitiveness and frequent crashes. With over 350 million downloads worldwide, Sonic Dash has become the most downloaded Sonic game ever.

A sequel, entitled Sonic Dash 2: Sonic Boom, based on the Sonic Boom franchise, was released on Android on 1 July 2015. 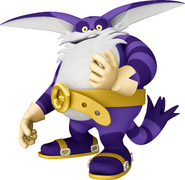 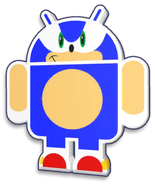 Metal Sonic
Add a photo to this gallery

Retrieved from "https://sonic-art-assets-dvd.fandom.com/wiki/Sonic_Dash?oldid=7108"
Community content is available under CC-BY-SA unless otherwise noted.