This game differs from other Sonic games by allowing the player to take control of one of four teams, each with three characters, who each have unique abilities to use. The game received mixed reviews from critics but it performed commercially well, becoming a million-seller and making the best-selling lists for all three of its original platforms.

The game introduces several new gameplay elements. Unlike most Sonic games, where players control one character, three characters are available at any time to choose from, as the player may switch the party's leader freely, whilst the other two characters follow. Each character has an individual ability: speed for fast stages, power for breaking objects, or flight for reaching high platforms, and the player must use these abilities to traverse the fourteen stages. Each stage has a different layout for each team, providing different challenges for each story. Each ability is also represented in the interface by color; blue for speed, yellow for flight, and red for power. Each ability also has an element associated with it: Speed uses wind, Fly uses lightning and Power uses fire. These can be used to solve various puzzles, most notably in Team Chaotix's Mystic Mansion stage. Each team also has a Team Blast skill, which can be performed when the Team Blast meter is full. This can be achieved by performing such actions as destroying enemies or collecting many Rings. 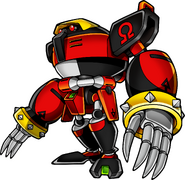 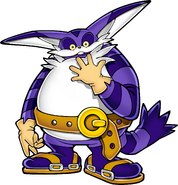 Vector the Crocodile
Add a photo to this gallery 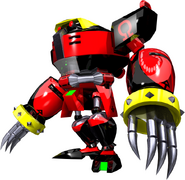 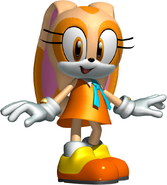 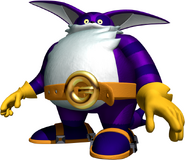 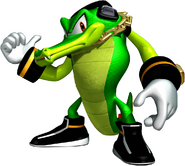 Vector the Crocodile
Add a photo to this gallery

Retrieved from "https://sonic-art-assets-dvd.fandom.com/wiki/Sonic_Heroes?oldid=5679"
Community content is available under CC-BY-SA unless otherwise noted.