Start a Wiki
Sonic the Hedgehog (ソニック・ザ・ヘッジホッグ Sonikku za Hejjihoggu?) is a platform video game that was made to celebrate the 15th anniversary of the Sonic the Hedgehog franchise. It was developed by Sonic Team and published by Sega for the Xbox 360 and PlayStation 3. It introduced the recurring character Silver the Hedgehog.

The game has been referred to by a number of different aliases, including Sonic 2006, Sonic '06, Sonic: 15th Anniversary, Sonic 360 and Sonic Next-Gen. Most of these nicknames were coined by the Sonic fandom.

The game faced development issues which resulted the product being rushed and ultimately a poor product being delivered. Upon release, it was widely criticized for its numerous gameplay glitches, long loading times and complicated plot.

Although each character plays the same levels, each character's unique abilities allow him or her to get to different areas of each stage, and deny them from accessing certain items. Levels are far less linear than previous 3D Sonic titles, offering up many alternate pathways through each stage. Certain areas in each of the levels, dubbed "Mach Speed Sections", allow Sonic to reach speeds that would be unattainable elsewhere, though at the cost of always moving forwards without being able to stop.

For each of the action stages in the respective stories, gold medals are obtainable by achieving S rank in these stages or completing it (Both in Normal and Hard mode), or by obtaining all 10 Silver Medals on the stage, giving a total of 5 Gold Medals per stage.

The ranking system in the game for each of the levels and the town missions is similar to Sonic Rush, providing score ranks with the highest rank being S while the lowest rank is D, unlike previous Sonic games where the lowest was E and the highest was A. 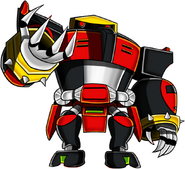 Princess Elise the Third
Add a photo to this gallery 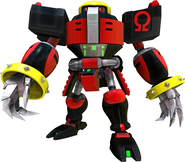 Princess Elise the Third
Add a photo to this gallery

Retrieved from "https://sonic-art-assets-dvd.fandom.com/wiki/Sonic_the_Hedgehog_(2006)?oldid=4922"
Community content is available under CC-BY-SA unless otherwise noted.